Foreign experience. How to build a "smart city" with the help of smart energy solutions

Energy is one of the most important industrial sectors, which requires some improvements on the territory of Russia. First of all, these are demands of our time. Russian cities should become "smart cities". All prerequisites are for it, ready-made solutions have already been tested and successfully operated in many foreign cities. Innovative experience of Seoul is a good example and the vice-mayor of the capital of the Republic of Korea In Dong Cho told about it during his
speech at IoT World Summit Russia last year. 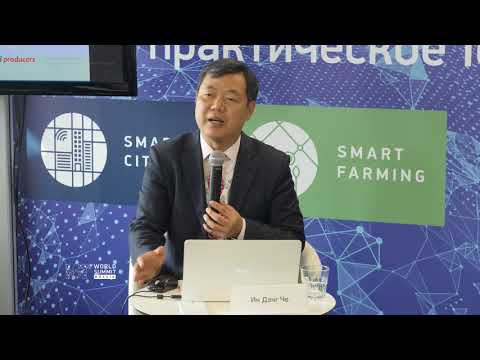 However, it is required a modernization of energy system supporting our megacities to implement a number of existing solutions on the improvement of urban infrastructure in Russia. Despite the enormous energy resources of the Russian Federation, the efficiency of energy distribution still leaves much to be desired. In this regard, the analysis of the successful experience of foreign colleagues can become a serious aid in integrating innovative solutions process and creation of energy ecosystems of modern "smart cities".

According to Director of the Institute of Regional Studies and Urban Planning, Doctor of Economics Irina Ilyina, there are 5 fundamental factors for "Smart City" creation.

What steps need to be taken to prepare city energy system for innovations that will make it "smart"?

A great example of efficient energy management is Riga city, where a six-year plan was approved for the transition to modern energy sources in 2014 and as a result, smart solutions are constantly being introduced in various sectors of city life.

It was decided to start development reforms in the capital of Latvia from the energy sector. Riga Energy Agency is implementing ideas and technologies "Smart City". It’s been authorized to deal not only with energy issues but also with participation in international programs of innovative technologies. Also, the agency improves the infrastructure for a business environment and builds up the city development strategy as a whole.

The primary goal of the agency was energy reform. Due to agency work, Riga refused coal as a fuel. 70% of city boiler-houses were closed, the rest was transferred to natural gas. The big victory was the opening of 5 cogeneration stations.

During the year, all Riga houses were equipped with counting devices, which helped to collect objective data on losses. The number was horrendous - 39% of the energy had been just dissipated. They approached that issue drastically and within 20 years 60% of all communications were improved and this was 400 km of technical highways! Also, the city got rid of needless 130 km of pipes, by implementing individual heat points. For comparison – after reforms, grid losses in the capital of Latvia have not been exceeded 12%.

The third stage was the change in the payment system for public utilities:
• Residents pay for real consumption volume instead of normative
• For even one tenant unfair payment, the whole house can be disconnected from the grid or hot water.
• For public utility payment evading, a person can face eviction and his residential space sale.

The debt of 85 million euro was repaid and reduced to 18 million euro for 20 years since these reforms implementation.

Riga Energy Agency was established in 2007 to optimize and systemize city energy issues.

Coal refusal became not only a step towards more ecological types of fuel but also a step towards resource independence from Russia. The negative side was the tariff increases because gas is much more expensive than coal. Despite that, it was decided to gradually switch to other types of fuel, increasing their percentage of total consumption.

Thanks to reducing СО2 emissions plan, since 1991 indicators of 4,925 tons have fallen to 2,271 tons in 2010. In the capital of Latvia, several solutions were also introduced and implemented on liquidation or other fuels transfer of heat sources with low productivity indicators.

There are three ecological zones in Riga, where there are restrictions on connection to different heat sources. So in the first zone, which is the center of the city and a historical place, residents can be connected exclusively to specific to this territory cogeneration generator. And for example, in the third zone, you can have your own generator for a house or a block if there is a need.

The main goal is the transformation of Riga into "Smart City".

Energy is the driving force behind "Smart City"

Heat supply program of the 3rd and 4th generations was designed in the capital. The third generation heat supply system, which accumulates heat, uses biofuels and sun rays as energy and must be implemented before 2020. The system of the future, the 4th generation, is expected by 2050, which will be specified to accumulate not only heat but also cold, to use energy from recycling and waste, as well as hybrid technologies.

The substitution of regular street lighting for led-lighting is provided in Riga, which regulates a number of emitted lumens and helps to save money for electricity. Transport system will be changed too. It is planned to revise and change the routes for optimal coverage of the territory and minimum fuel costs. E-tickets and terminals for their sale implementation will help to reduce the time spent by citizens and will also reduce the staff.

The most difficult stage is an implementation of energy-efficient technologies in residential buildings. Every resident in Riga makes his own decision to "modernize" his place of living. After a final decision, the company offers cost estimation and then in a certain specified period of time a citizen pays back the repair costs.

Smart Energy Summit 2018 will be held on March 27 – 28 in Moscow. Issues on energy systems modernization, aimed at creating opportunities for improving Russian megacities, will be one of the key topics during invited international experts discussions.

You can learn more about all the themes of this year summit and get the full event program by leaving your contact information in this form. The managers of analytical center Redenex will send the materials to the e-mail you’ve specified.