The implementation of innovative projects into public services work is not just a topical issue for Russia, it is a critical issue for many regions. Modernization of outdated equipment, implementation of modern systems for metering and analysis of electricity consumption are becoming key issues on the agenda of relevant state power structures.

In August 2017 the Ministry of Energy of Russia prepared a resolution providing a gradual replacement of electricity metering devices for new meter counters.
The retail energy market in Russia is equipped with automated metering for only 9%. Pilot projects are already being implemented in Kaliningrad, Yaroslavl, and Tula. The launching of the program for all-Russian replacement of counters is scheduled for the summer of 2018.

According to the explanatory note to the bill, which Dmitry Medvedev ordered to bring in the State Duma in April 2017, territorial grid organizations will be able to install only "smart" counters from July 1, 2018.

While the general modernization of the industry is at the initial project stages, there are individual examples of specific cases implementation, which deserve double attention. It’s an opportunity to share experience and study the difficulties on the way to create full-fledged "smart" energy grids, buildings and cities.

Apartment buildings in Smolensk and in the region are ready for the implementation of technological innovations. OJSC "AtomEnergoSbyt" started “Smart metering” system implementation for residents of the region.

“Smart metering” system is a new solution in Energy. The counter itself will send metering values to a single database with the help of innovative metering devices and the use of software complex.

“Smart metering” system is implemented on the basis of “SmolenskAtomEnergoSbyt” together with “Sistel” company, which is in charge of the design and implementation of automated systems for dispatching and technological control and electricity metering. 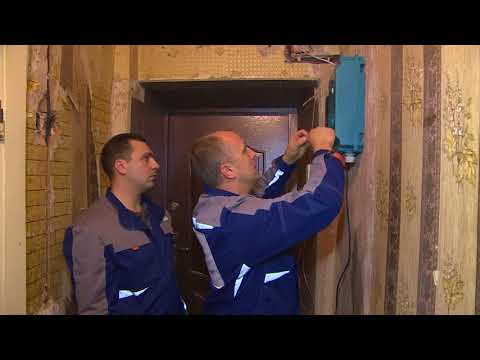 New smart energy control system synchronizes the counter operation with the database. Once the counter is installed, the subscriber will no longer need to send every month the meter reading to “SmolenskAtomEnergoSbyt”. The system will do everything itself at a pre-programmed time.

The information from the counter is automatically transferred to the database. This is not the only privilege of &quot;smart&quot; counter. In addition, the system provides two tariffs fixation: day and night consumption, which gives a chance to a subscriber to save costs. Also, a smart counter will be able to monitor the quality of electricity received. The system is equipped with sensors capable to record voltage jumps and send data to database for analysis and eliminating the
causes of jumps. It is worth noting that the new metering system will remind subscribers about their debts. Each counter is equipped with an information board, where the scrolling line indicates the scale of the debt.

"Smart metering" is an innovative project capable to improve the electricity supply metering for the population. This solution allows to record precisely all information regarding energy consumption. Smolensk region - pilot region for this project, its main goal is to make interaction with the client as convenient and affordable as possible. The smart metering system is going through control testing now and after there will be a massive implementation into apartment buildings in other regions of the country.

This project, besides the saving energy resources task and the objective goal to reduce the management company operating costs, had a social character.
In particular, the modern energy management systems implementation has solved a number of problems familiar to most regions of the country: road safety, an outdated and completely worn out street lighting system, high level of energy consumption by the lighting system and necessity for energy efficiency improvement, environmental hazards using outdated lighting system of mercury-discharge lamps. 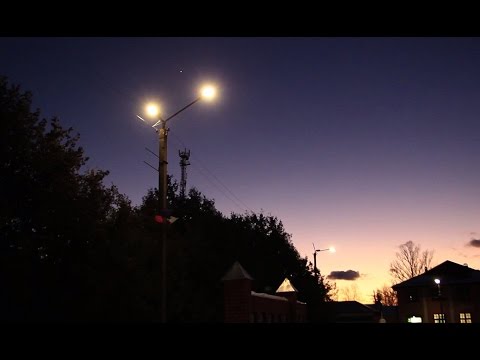 The project implementation managed to increase the total luminous flux of street lighting system in2 times from 3 million lumens to 6 million lumens and at the same time to achieve savings in electricity consumption.

Vera Nartdinova, Deputy Director at Smolensk Branch of PJSC "ROSTELECOM" during her speech at the IoT World Summit Russia 2017 spoke about specific indicators of energy savings, which were set before the launch of the project and shared the experience of needed activities implementation:

"In fact, if we look at our small towns that are in the regions, the picture is really sad. The municipality is subsidized: there is no money for development and the lighting system, in particular, is in a tough condition.

The first thing we set as the object and purpose, when we took this social project, is that we had to put in order the lighting system, which will be in the city within State standards and SNiP.

We installed the automatic control system for outdoor lighting and planned to save up to 70%. At the same time, the project is financed by ROSTELECOM and no cost is required from the municipality. Costs reimbursement is entirely due to saving energy resources."

You can WATCH THE FULL VERSION of Vera Nartdinova's speech at IoT World Summit Russia 2017 and DOWNLOAD THE PRESENTATION of ROSTELECOM project by leaving your contact information in this form. The managers of analytical center Redenex will send the materials to the e-mail you’ve specified.